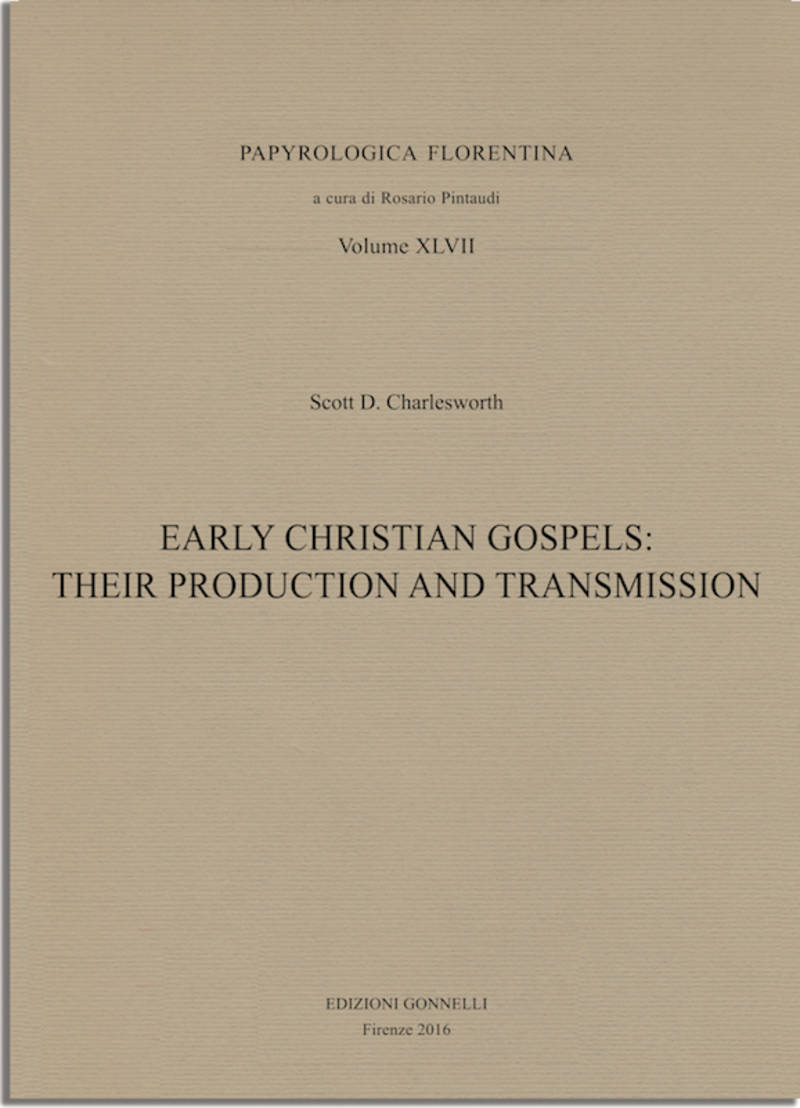 Early Christian Gospels: their Production and Transmission greatly increases our understanding of the historical circumstances in which early (i.e., c. 150 to the early fourth century) canonical and non-canonical gospels were produced and transmitted. Prior analysis of non-canonical gospels in relation to the canonical gospels has usually been conducted solely from a theological perspective. In addition, early gospels are often treated simply as texts printed in a critical edition. In the process, their essential nature, the fact that they are ancient manuscripts with individual characteristics, has been overlooked. By comparing canonical and non-canonical gospels holistically—in terms of their codicology (or, in a few cases, ‘voluminology'), production characteristics, scribal tendencies, and textual transmission—Early Christian Gospels represents a major advance in methodology. Its conclusions are compelling, not only by virtue of the exhaustive comparison, but also because several lines of analysis coalesce to confirm the overall findings of the book.