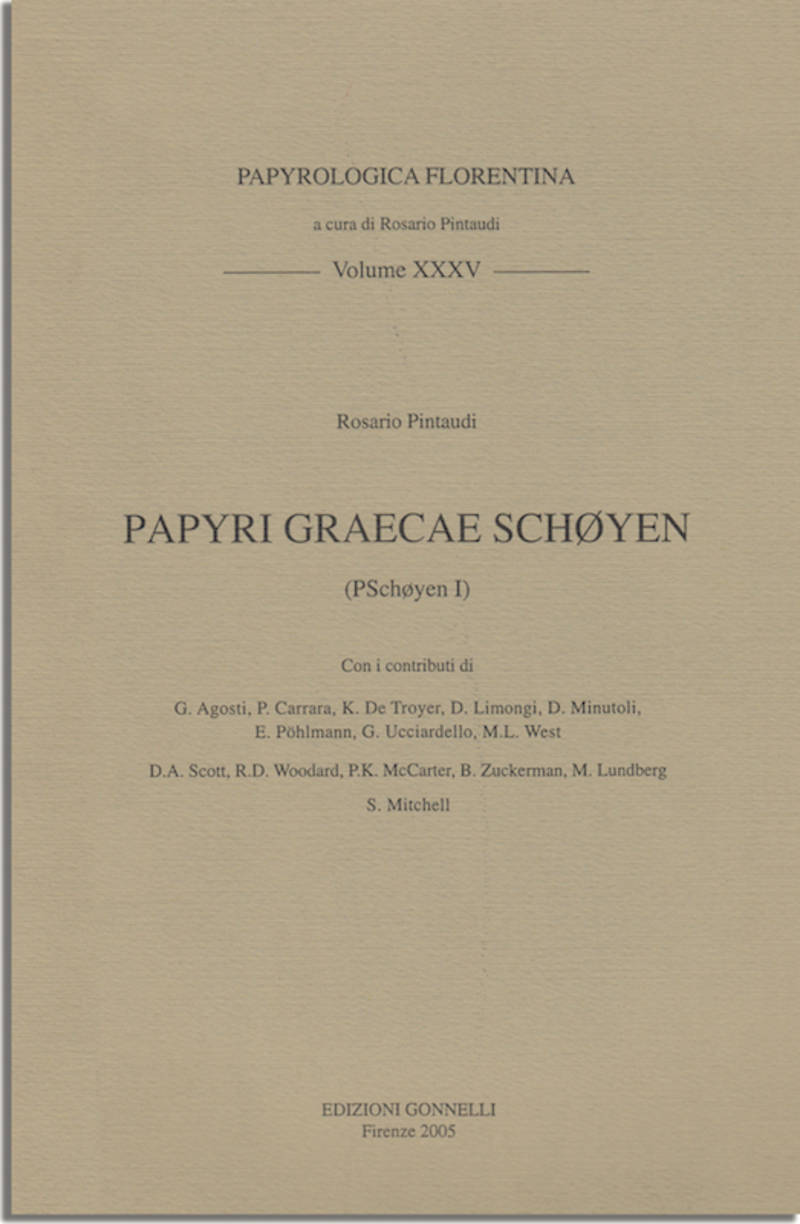 The systematic publication of the Greek papyri in the Schøyen Collection begins with this first volume of Papyri Graecae Schøyen.
There are fragments of Homer and Hesiod, with some rare and valuable examples of the Alexandrian tradition, others of Euripides, Isocrates and Menander's Sentences, and also some precious fragments of the Old and New Testaments. One whole section of this volume, edited by Kristin De Troyer, is dedicated to a large fragment of a codex of the book of Joshua in Greek (MS 2648).
After the papyrus texts come two copper plaques, numbered in the same sequence, which preserve an otherwise unattested version of the Greek alphabet; they are edited by D.A. Scott, R.D. Woodart, P.K. McCarter, B. Zuckerman and M. Lundberg (MS 108).
Last comes a splendid bronze tablet (MS 2070) which records a treaty between Rome and Lycia of 46 BC, and a whole section is devoted to this document too, whose publication by S. Mitchell forms an independent paper.